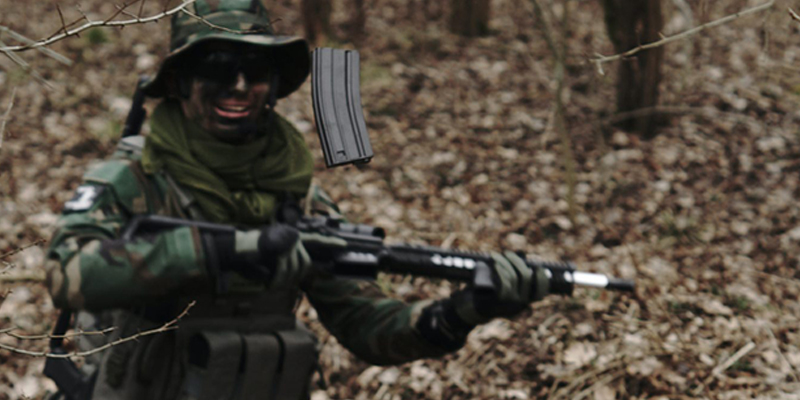 Have you ever thought to yourself, “What does the AR stand for or mean in AR 15?” Well, we can assure you it does not stand for “assault rifle” or “automatic rifle”. “AR” is derived from the firearm’s original manufacturer, ArmaLite, Inc., and was meant to stand for “ArmaLite Rifle.”

In 1963, four years after ArmaLite sold the AR 15 design to Colt, the U.S. military selected Colt to manufacture what would soon become the standard-issue automatic rifle for the U.S. troops.

The standard-issue design manufactured for the U.S. military came to be known as the M 16, the firearm of choice in the Vietnam War.

Due to the success of the M 16, Colt was able to ramp up production.

A variation of the automatic military weapon that would be semiautomatic or “self-loading “version for law enforcement and the general public. Colt marketed this semiautomatic version as the AR 15.

In the 1970s, Colt’s patents expired on the AR 15 design, so manufacturers began to produce similar firearm models. Each manufacturer gave their version its own name.

The popularity of the firearm ended up making AR 15 a generic term for all the AR 15 style rifles despite what its real name was.

Today, an AR 15 can cost less than $1,000, but it can cost thousands of dollars when customized. Most AR 15 owners personalize their firearms for performance and comfort, so the $1000 mark is usually a baseline.  Some of the most common upgrades include handguards and uppers with Picatinny rail system. Upper receiver upgrades can improve shooting performance while handguards have dual purpose; they provide mounting options for accessories and protect the shooter’s hand from barrel heat. Using M-LOK specs, handguards can mount scopes, lasers, grips, or additional rail sections.

An estimated 16 million AR 15’sare in circulation today. The National Rifle Association says that AR 15 is so popular, the “AR” should stand for “America’s Rifle.”

The AR-15 has also coined the term “modern sporting rifle”. The AR is popular amongst hunters, competitors, Americans seeking home-defense guns, and many others who simply enjoy going to the range.